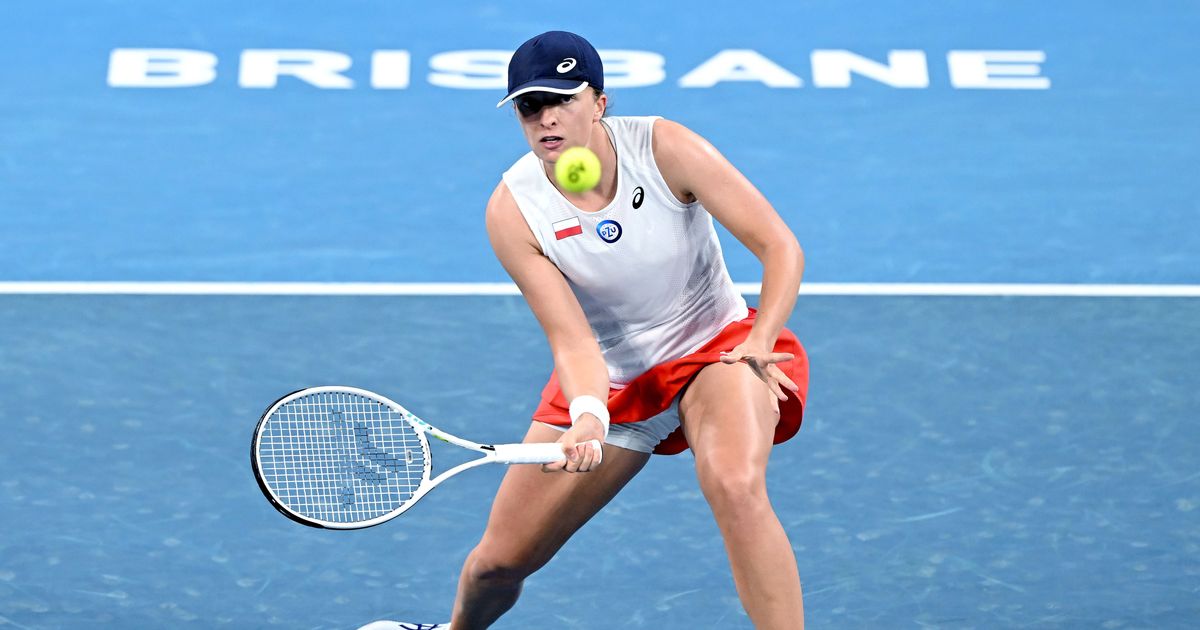 The United Cup began six days ago in three cities across Australia, with 18 nations competing in six groups. Now, it’s down to just six. Wednesday’s City Finals in Sydney, Perth and Brisbane will feature five matches (two women’s and men’s singles and one mixed doubles) in two sessions.

Four of the top five seeded teams made the cut and were joined by Great Britain and Croatia. The team matchups are:

The three winning nations and the losing team with the best record will advance to the Friday semifinals in Sydney.

Here’s a breakdown of each:

Five singles players for these two teams brought perfect 2-0 records on the new season into the Sydney City Final.

“It’s great to start the year off with some wins, for sure,” Fritz said. “I think just the confidence aspect of tennis is super important. Especially going to the Australian Open, coming off the offseason.”

Fritz, ranked No. 9 in the Pepperstone ATP Rankings meets Norrie, who is only five spots behind. Their last match was won by Fritz last September at the Laver Cup in a 10-8 tiebreak.

Norrie, meanwhile, is coming off the best win of his career, defeating Rafael Nadal in three sets.

“Yeah,” Norrie said, “especially on ranking and beating a guy like Rafa as the competitor that he is. “I know it’s his first match of the year, but it was a sick win. He absolutely chopped me the last five or four times I played him. Nice to get him once now.”

The United States singles players hold a collective head-to-head record of 11-7 against their British opponents. On paper, anyway, the Americans have a big advantage on the women’s side, with Jessica Pegula ranked No.3 and Keys No.11 — compared to Nos. 98 and 145 for Harriet Dart and Katie Swan.

Not long after Hubert Hurkacz and Magda Linette scored singles victories against Stan Wawrinka and Jil Teichmann of Switzerland to send Poland into the City Final, Polish captain Agnieszka Radwanska was already looking ahead.

“I’m really looking forward to Hubi’s match against Berrettini,” she told reporters. “I think that’s going to be the best of tomorrow’s matches I think. We will see after all matches, but I think that’s the one that I’m really waiting for for and we’ll see.”

Earlier, Matteo Berrettini defeated No.3 Casper Ruud 6-4, 6-4 on the way to a 5-0 defeat of Norway. Wednesday he meets Hurkacz in a rematch of their 2021 Wimbledon semifinal, won by the Italian in four sets.

There’s another Grand Slam rematch on the women’s side, too. World No.1 Iga Swiatek faces Martina Trevisan. Their 2020 quarterfinal at Roland Garros was a big moment on the way to Swiatek’s first major singles title.

“I think in this format you can pretty much expect everything,” Radwanska said. “That’s sport, so anything can happen, especially when you have four singles matches and then the mixed doubles. So it’s always exciting until the end.”

Thanks to two wins from Maria Sakkari — in singles and mixed doubles with Stefanos Tsitsipas — Greece was the first team into this City Final.

Croatia, however, was locked in a nasty scuffle with France on Tuesday night. Down 2-0, Caroline Garcia narrowed the deficit and Adrian Mannarino almost forced a mixed doubles decider. Serving for the match in the third set against Borna Gojo, Mannarino wavered and suddenly found himself in a tiebreak. Gojo eventually converted his sixth match point and Croatia qualified.

Tsitsipas will face Borna Coric, who has beaten him three straight times, including twice last year, in Cincinnati and Vienna.

Sakkari and Petra Martic have met only once, eight years ago in US Open qualifying, when Sakkari qualified for the first major main draw of her career.