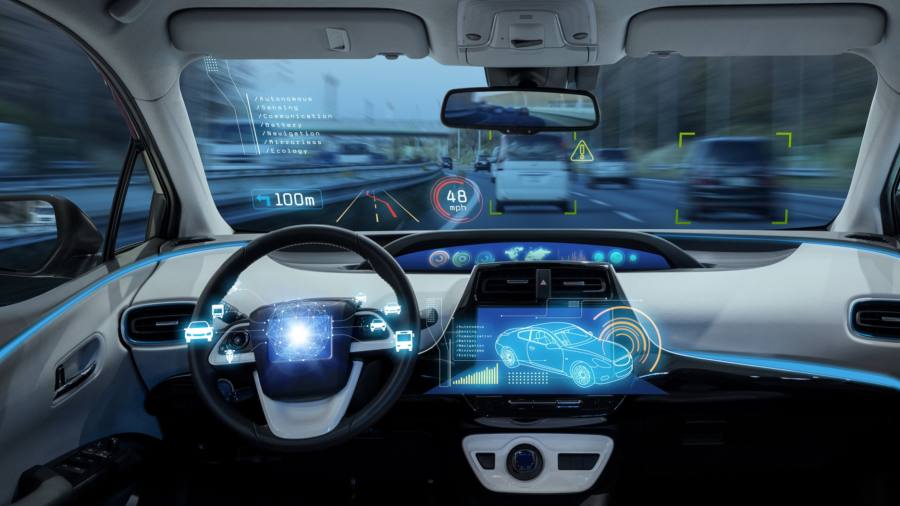 Chip designer Arm has more than doubled revenue at its automotive business since 2020 as the UK-headquartered company seeks new avenues for growth ahead of a hotly anticipated public listing this year.

Dennis Laudick, vice-president of automotive go-to-market at Arm, said the pace of the segment’s growth — to power everything from electrification to advanced driver assistance systems (ADAS) and in-vehicle “infotainment” — had been faster than its other divisions such as smartphones and data centers.

That is because modern cars require a greater amount of chips, which are also more expensive than ever before. It is one of the few parts of the chip sector that is expected to suffer from severe shortages throughout this year because of strong demand.

“A high-end car is approaching one of the most complex pieces of software you can have in the world at the moment,” Laudick told the Financial Times. “It’s basically a data center on wheels.”

Arm’s total revenues grew 35 percent in 2022 to £2.7bn. The SoftBank-owned company does not disclose specific figures, but said revenue from its automotive business increased fivefold over the past four years.

Its concerted push into supplying an industry rapidly turning to electric vehicles and driverless capabilities will be crucial to the plans drawn up by SoftBank’s billionaire chief Masayoshi Son for Arm’s return to the public markets this year through a blockbuster New York listing.

Investors will be sizing up whether Arm, which has profited hugely from providing the chip designs found in most of the world’s smartphones, can continue to achieve growth.

It faces stiff competition from rivals like Intel, MIPS and Synopsys, which are also battling to build the most efficient and powerful intellectual property for chipmakers in an industry that is evolving quickly.

“The semi industry has been doing well in giant spurts of growth and now all of the chip companies are chasing the next high,” said Jay Goldberg, an analyst at D2D Advisory. “The automotive market is crucially important, and no one has won that yet.”

SoftBank, which has owned Arm since 2016, has retrenched to a more defensive strategy after recording $10bn of losses in the past quarter.

Arm had now captured around 85 percent of the global market for in-vehicle “infotainment”, and 55 percent in ADAS, Laudick said. All of the top 15 automotive chipmakers, including Nvidia, STMicroelectronics and Renesas, use designs licensed by Arm.

However, the company faces much stiffer competition on chips for functions like sensors and body control.

While Arm has made significant inroads developing IP for chips used in data centers in recent years, it is the automotive market — which already contains dozens of concealed computers that have an insatiable appetite for increasingly advanced chips — that Arm is focusing its attention on most acutely .

Some high-end vehicles contain more than 100mn lines of code, with fully autonomous vehicles expected to reach half a billion by the end of the decade — compared with a Boeing 747 aircraft that contains about 14mn.

“Even traditional automotive applications need a quantity of silicon much higher than in the past,” said Marco Monti, president of automotive at European chipmaker STMicroelectronics, speaking at the company’s capital markets day last year.

Monti said that automotive chip demand was accelerating rapidly, even as demand for cars themselves remained flat, adding that full electrification would add around $1,000 in the value of semiconductors to each vehicle and could require up to five times more chips.

As cars have progressed from being predominantly large boxes of hardware to complex agglomerations of software, powering everything from steering to entertainment, Arm has rapidly increased its investment in software engineering.

In 2016, the company invested around 75 percent of its engineering resources in hardware, with 25 percent on software. Today, it says the split is 50:50.

Arm is increasingly giving automotive chipmakers such as STMicroelectronics and Nvidia the ability to play around with different types of designs before they buy a license, as a way to familiarize them with its products and capture customers in a competitive market.

This strategic manoeuvring is central to the company’s ability to attract and retain customers across its business, given that some of its most nimble competitors — including companies offering a rival open source alternative to Arm called Risc-V — allow engineers to tinker with their IP.

Not all chipmakers have been won over. Mobileye, an autonomous driving company that was spun out of Intel in October and has 70 percent of the market for cameras used in driver-assist technology, uses IP developed by MIPS, based on Risc-V, for some of its most advanced chips .

“We like to buy a [computer processing unit] that has multiple vendors,” said Amnon Shashua, Mobileye’s founder, referring to the attraction of the open source architecture underpinning MIPS’s designs. Mobileye builds the rest of its chips — for things like infotainment and displays — in-house.

Shashua added that if Mobileye had been entirely reliant on Arm, and the chip designer had been successful sold to rival chipmaker Nvidia for $66bn last yearit “would have been a disaster”.

The most advanced autonomous cars are only expected to come to market at the end of the decade. In the intervening years, chip designers including Arm, Intel and MIPS will be busily crafting designs for the next fleet of vehicles that will transform how millions travel.

“They’re fighting the fight now,” says Goldberg, but “no one is going to win for a few years.”