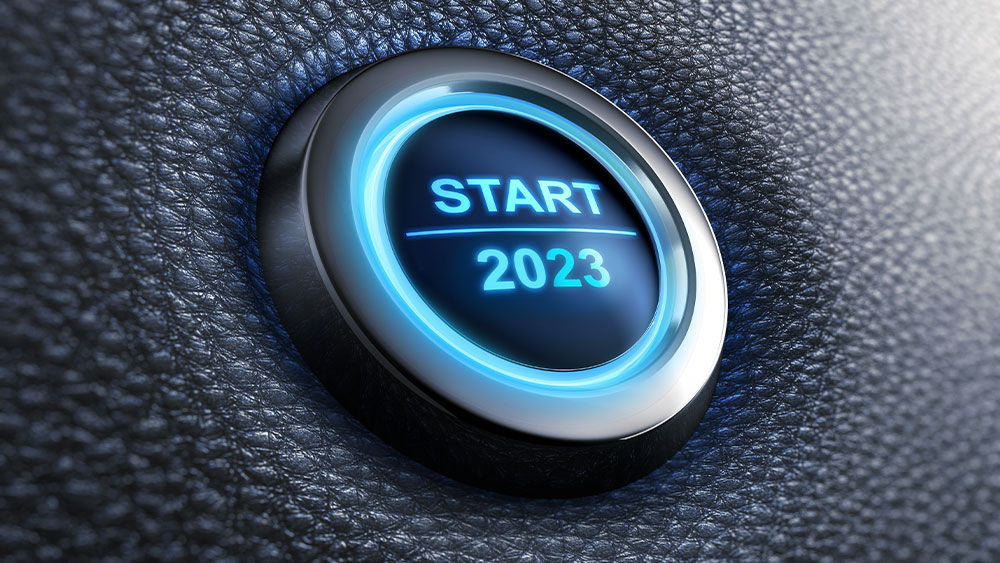 
The stock market started 2023 much like it ended last year, with flashes of strength on Tuesday followed by reversals in the major indexes and leading stocks.

Apple stock on Tuesday skidded to fresh bear market lows and dropped below a $2 trillion valuation on reports that Apple (AAPL) has cut orders for suppliers for its MacBook, AirPods and Apple Watch products.

Investors should wait for clear signs of a sustained stock market rally before making new purchases.

At 10 am ET Wednesday, investors will get the December ISM manufacturing index as well as job openings from the November JOLTS survey. Fed minutes from the December policy meeting are due at 2 pm ET. Those are precursors to Friday’s December jobs report.

Hong Kong’s Hang Seng rose 3.2%, continuing to bounce on hopes that Covid infections have picked up. Chinese internet jumped, in part on signs that regulators are easing off Alibaba (BABY) and its Ant Group affiliate.

Remember that overnight action in Dow futures and elsewhere does not necessarily translate into actual trading in the next regular stock market session.

The Dow Jones Industrial Average closed down just a fraction in Tuesday’s stock market trading. The S&P 500 index gave up 0.4%, with Tesla stock by far the worst performer. The Nasdaq composite shed 0.8%. The small-cap Russell 2000 gave up 0.6%.

AAPL stock, which topped a $3 trillion intraday valuation at the start of 2022, has now dropped below $2 trillion for the first time since March 2021. Apple stock closed Tuesday with a market cap of $1.988 trillion. That’s still the most valuable company in the world.

The giant Foxconn iPhone factory in China is back up to 90% capacity, Bloomberg reported. But Apple is cutting orders for AirPods, MacBooks and Apple Watch products, according to a report.

Tesla deliveries hit a record high in Q4, but for a second straight quarter they were well short of lowered estimates and actual production. That was despite big year-end incentives, especially in China and the US, to boost sales.

The outlook may be grim for 2023, with new Tesla EV orders well below the current delivery pace.

Bernstein’s Toni Sacconaghi wrote Sunday “Tesla’s annual order run rate in Q4 including significant discounting was only ~1M units, and the company’s target is to sell close to 2M units in 2023, with no new models.”

With backlogs running low, Tesla may need price cuts or incentives well above the year-end offers just to maintain Q4’s delivery pace in 2023. But that could mean big hits to Tesla’s profit margins.

Tesla Vs. BYD: EV Giants Vie For Crown, But Which Is The Better Buy?

The stock market started 2023 strong — for 12 minutes. After that, the major indexes quickly retreated, although they came off intraday lows.

The Nasdaq reversed after getting close to its 21-day line.

Tesla stock and Apple were the big drags on the major indexes. But there was a broad-based retreat. Energy stocks were big losers with underlying prices.

A lot of interesting stocks opened higher but then reversed lower with the major indexes, such Mobileye, Celsius (CELH) and Medpace (MEDP).

China-focused stocks, notably internets such as Pinduoduo (PDD) and Macau casino plays like Las Vegas Sands (LVS), bucked the trend, but they also came off highs.

The major indexes ultimately limited their losses, but the reversals from key technical levels were not encouraging. Many stocks fell hard, and did not bounce back. The stock market is in a rally attempt thanks to last Thursday’s gain, but that’s looking like a one-day bounce.

The market is in a correction, with the Nasdaq not that far from bear market lows. Even if the rally attempt gains momentum and stages a follow-through day over the next week or two, there would still be a number of technical hurdles to clear.

What To Do Now

It’s not a good time to be taking new positions. It’s a market correction with the major indexes, sectors and individual sectors prone to reversals.

Don’t get tempted by momentary market bursts that push stocks into buy areas. For a few minutes Tuesday, a number of stocks flashed buy signals, but most quickly faded. Even though the major indexes ended with modest losses, an investor jumping into MBLY stock near Tuesday’s open could now be sitting with a 10% loss.

Still, many good stocks continue to trade near buy points, while the market rally attempt could stage a follow-through in the coming days. So build up your watchlists and stay engaged.

Read The Big Picture every day to stay in sync with the market direction and leading stocks and sectors.

Why This IBD Tool Simplifies The SearCh For Top Stocks

Catch The Next Big Winning Stock With MarketSmith