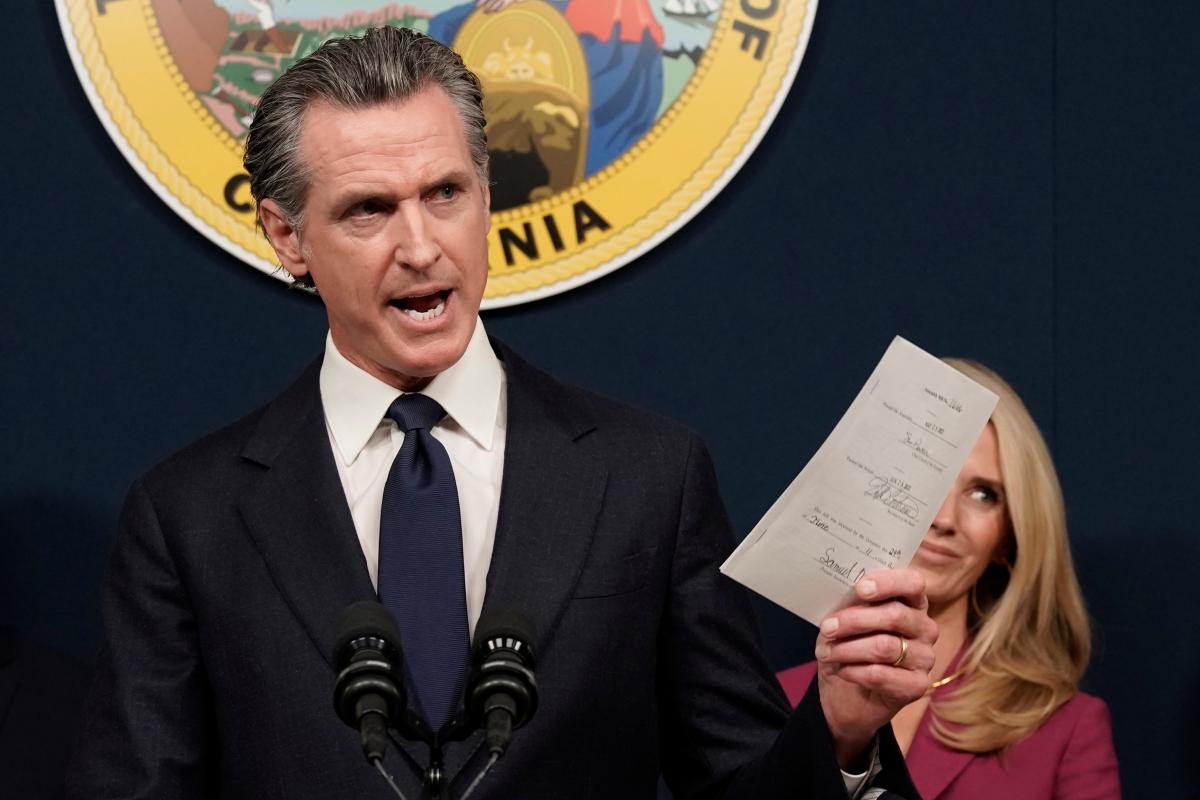 Among the laws that took effect on New Year’s Day were harsher penalties for street racing, shrinking the minimum wage gap and adding resources for missing or endangered indigenous people.

Here are a few California laws that took effect on Sunday.

Senate Bill 3 was signed into law in 2016, by then-Gov. Jerry Brown. The law made California the first state to set a goal of a $15 minimum wage.

When Brown signed the bill, California’s minimum wage was $10. SB 3 mandated small increases each year until California hits $15 per hour in 2022.

Since the state has hit the benchmark, effective Jan. 1, the minimum wage is $15.50 per hour. However, some California cities and counties already have higher minimum wages than the state’s rate.

Women and girls will no longer pay extra for pink merchandise.

Under Assembly Bill 1287 — also known as the “Pink Tax” — it’s illegal to charge a different price for any two items that are “substantially similar,” if those items are priced differently based on the gender, according to the bill’s text.

“The ‘Pink Tax’ is a gender-based penalty that harms women who are already paid less,” Assemblymember Rebecca Bauer-Kahan said. “This type of arbitrary gendered pricing has no place in California. It’s long past time to eliminate this type of inequality. I’m grateful Governor [Gavin] Newsom has signed this bill to ensure price equality in California.”

The reported information would be available to local law enforcement and the CHP’s Organized Retail Crime Task Force to assist with investigations.

Senate Bill 1228 prohibits the retention of DNA profiles collected from sexual assault victims by local law enforcement agencies — including rape kits for sexual assault survivors. The law also prohibits victims’ DNA from being used for any purpose other than identifying the perpetrator of the crime.

“It’s already hard enough for sexual assault survivors to make the decision to come forward, report a crime, and undergo an invasive rape kit exam at the hospital,” said Sen. Scott Wiener said. “The last thing we need is to send a message to survivors that if they come forward, their DNA sample may be used against them in the future.”

In 2020, catalytic converter theft claims jumped to 14,433, a 325% increase in a single year, according to the National Insurance Crime Bureau.

California accounts for a disproportionate number of claims, according to the bureau. In 2021, the state reported roughly 37% of catalytic converter theft claims.

State lawmakers are trying to slow the rate at which these expensive automotive parts are being swiped and sold.

The fear of jaywalking could become a thing of the past.

Assembly Bill 2147 prohibits police from stopping pedestrians for certain pedestrian-specific violations, such as crossing the road outside of a crosswalk. However, pedestrians can still be cited if the violation poses a traffic hazard or risk of a car wreck.

The California Highway Patrol is required to submit a report to the legislature by Jan. 1, 2028, on how the law impacted pedestrian safety.

Senate Bill 1472: Ryan’s Law expands the criteria for “gross negligence” as it relates to vehicular manslaughter.

Drivers involved in street racing, excessive speeding, or speeding over 100 miles per hour that results in a death can now be charged with vehicular manslaughter with gross negligence. Ryan’s Law also imposes a state-mandated local program.

The bill is named after Ryan Koeppel, a man struck and killed by a repeat reckless driver.

Street racing and sideshows have caused 264 collisions statewide in the last five years. Of those wrecks, 30 were fatal and 124 resulted in serious injuries, CHP reported.

The “Feather Alert” allows law enforcement agencies to request that the CHP initiate an alert when an indigenous person has been kidnapped, abducted, or reported missing under unexplained or suspicious circumstances.

Rates of murder, rape, and violent crime against indigenous people are all higher than the national averages, especially among Native American and Alaska Native women.

There is no reliable count of how many indigenous women go missing or are killed each year.

The Bureau of Indian Affairs estimates that roughly 4,200 missing and murdered cases are unsolved. These cases often remain unresolved due to a lack of investigative resources available to identify new information from witness testimony, re-examine new or retained material evidence, as well as reviewing fresh activities of suspects, according to the bureau.