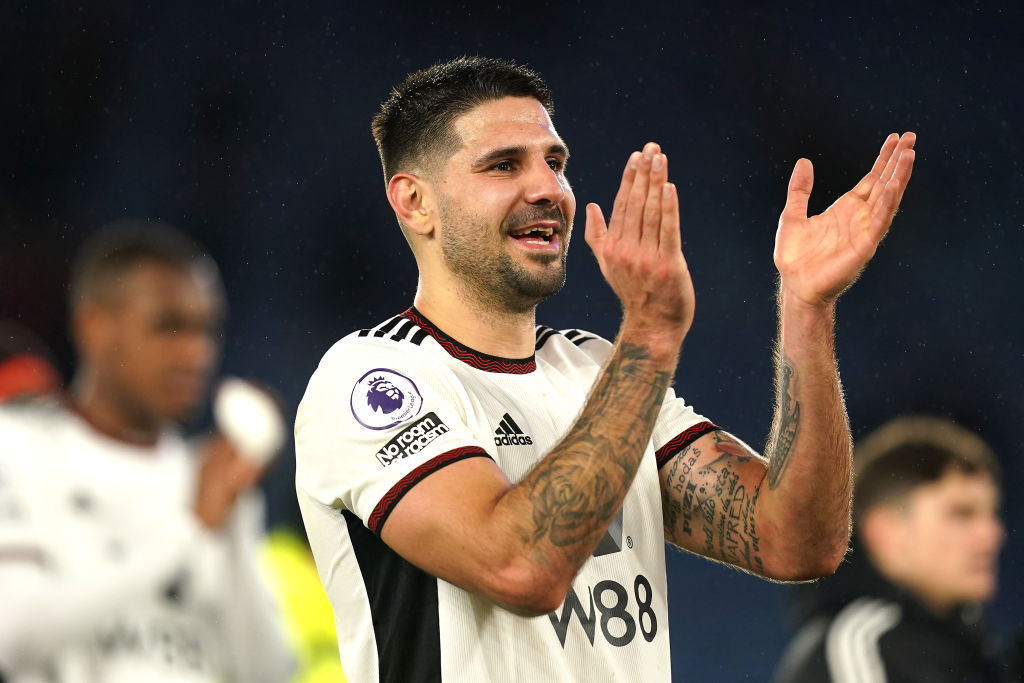 Fulham beat Leicester 1-0 thanks to a first half strike from Aleksandar Mitrovic as boos rang out at full time from the home fans at the King Power Stadium.

It is the first time since 1983 that Leicester have lost three-straight top-flight home games without scoring as the World Cup break put an end to their mini-revival.

Brendan Rodgers cut a dejected figure on the sidelines as his team created plenty of chances but the closest they came was an effort from Youri Tielemans which rattled the crossbar.

Marco Silva and Fulham are in dreamland after three straight wins over the festive period. They sit seventh in the table on 28 points and as their fans are singing about going on a European tour. This game felt like the roles have been reversed as Leicester are in a relegation battle with just 17 points on the board.

[ MORE: How to watch Premier League in USA ]

Stars of the show

William: Created the goal, came close to scoring early on and oozed class whenever he got on the ball.

Youri Tielemans: So close to scoring twice as he lashed one against the bar and another whistled wide. Showed his class but just couldn’t drive Leicester on to a point.

Bernd Leno: Some fine stops and commanded his area so well. What a signing he was for Fulham.

How to watch Leicester vs Fulham live, stream link and start time

FULL TIME: Leicester City 0-1 Fulham – Boos ring out at the King Power Stadium. Leicester gave it a go in the second half, but Fulham looked sharper throughout.

At the other end substitute Harry Wilson almost seals the win as he races clear on the counter but he prods his shot just wide of the post under pressure from Danny Ward.

Youri Tielemans smashes the crossbar with a volley after the ball drops for him from a corner.

Bernd Leno denies Harvey Barnes who is clean through and Leicester are pushing hard for the equalizer as Youri Tielemans flashes a shot just wide.

GOALLLL! Mitrovic smashes home to put Fulham ahead at Leicester. Fulham won the ball back in midfield and Willian found Mitrovic brilliantly. 1-0 to Fulham.

CLOSE! Willian flashes a shot just wide of the post after a lovely Fulham move.

Leicester have been hit by injuries throughout the last 12 months and they are missing James Maddison badly. They also can’t seem to get the right combinations in midfield and attack as Rodgers is constantly changing his lineup. All season long there has been no real fluency to their play and they are such an unpredictable team.

As for Fulham, they are solid defensively and Silva’s summer signings have been superb. Joao Palhinha scored the late winner against Southampton last time out, while Issa Diop, Bernd Leno, Andreas Pereira and Willian all add class and experience. Fulham are direct, love to get the ball wide and have a good balance about them. Plus, with Aleksandar Mitrovic around (only Harry Kane, Ivan Toney and Erling Haaland have scored more than him in the PL this season) they always have a chance.

In-form players to keep an eye on

The Foxes are looking to Harvey Barnes to get them going in attack, while Kiernan Dewsbury-Hall continues to impress in midfield and he scored a beauty at Anfield.

Fulham’s Joao Palhinha is one of the unsung heroes in the Premier League this season, while the USMNT duo Tim Ream and Antonee Robinson are so reliable. So too is Bernd Leno who kept Southampton at bay last time out.

James Justin, Ricardo Pereira, Jonny Evans, Ryan Bertrand and James Maddison remain out, while Dennis Praet is out with a back issue. Patson Daka has picked up a hamstring issue so Jamie Vardy starts up top.

Manor Solomon remains out after suffering a serious knee injury on his debut but is close to a return, while Neeskens Kebano is out after rupturing his Achilles. Layvin Kurzawa is still out. Tosin comes in for Issa Diop at center back.