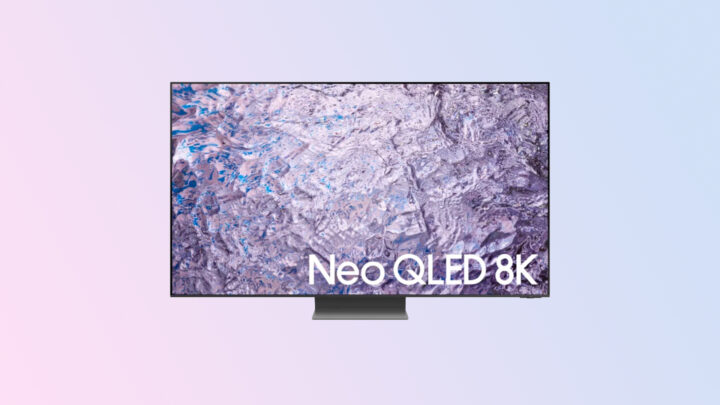 At the CES 2023 expo, Samsung unveiled its new generation of Neo QLED TVs for 2023. Based on improved Mini-LED technology, the company’s new premium TVs as in 4K and 8K models, and they all feature higher brightness, improved colors, and a lot of new software features.

The top-of-the-line Neo QLED TV from Samsung, the QN900C, features 8K resolution, a QLED panel with a 14-bit Mini-LED backlight, and a peak brightness of up to a whopping 4,000 nits. Thanks to the improvements made to its 8K Real Depth Enhancer Pro and Shape Adaptive Light algorithms, the contrast ratio has also improved. Older movies and TV shows are also claimed to look better on Samsung’s 2023 lineup of Neo QLED TVs, thanks to the Auto HDR Remastering algorithm that can turn SDR content into HDR for overall improvements to brightness, color, and dynamic range.

There’s also a high-end 4K Neo QLED TV in the lineup: QN935C. It features a 4K QLED panel with a Mini-LED backlight, a redesigned power board, and bezels thinner than 20mm. The new power board eliminates the need for an external connection box. The new TV also features top-firing speakers, so you won’t need to use a dedicated home theater or soundbar for a proper Dolby Atmos experience. These TVs also feature extremely thin bezels and an overall slim profile.

unfortunately, Samsung TVs still lack support for the Dolby Vision HDR format. They are compatible with HDR10, HDR10+ Adaptive, and HLG. The AI ​​Sound Remastering feature uses AI to remaster audio related to each object on the screen so that voices are clear, environmental sounds are full, and each component has just the right volume level. The TVs also feature a newer version of the Q-Symphony feature, which uses the TV’s Neural Processing Unit to help compatible soundbars offer improved audio quality.

The new high-end TVs from Samsung also bring a newer version of the Tizen operating system. It brings new features like Chat Together, ConnecTime, and 3D Map View. Chat Together lets users who are watching the same content discuss things and share their reactions in real time. ConnecTime lets you transfer video calls from other devices like a smartphone to the TV’s bigger screen. When you walk away from the TV, the video call will be transferred back to the original device. 3D Map view offers a bird’s eye view of your home and the placement of smart home devices in each room, allowing smart home device control easier.

The South Korean firm is making a huge commitment to the environment and sustainability with its new TVs. The TVs feature the AI ​​Power Saving Mode to automatically reduce a TV’s power consumption when it is not in use. It has also replaced 20% of the bracket parts used for the SolarCell Remote (that charges automatically via ambient light and radio waves) with recycled ocean-bound plastic. The main parts of the remote controller’s main board are made using recycled aluminum cans and copper, replacing 12% of the original materials.

To manufacture these TVs, Samsung is using a lightweight injection mold to bring down the overall energy consumption and usage of raw materials. Samsung is also using more compact packaging and using minimal prints on the boxes to improve the sustainability of its TVs in the packaging and transport phases.

While Samsung hasn’t announced a launch date for its new Neo QLED TVs, we expect them to be available for purchase in Q1 2023.