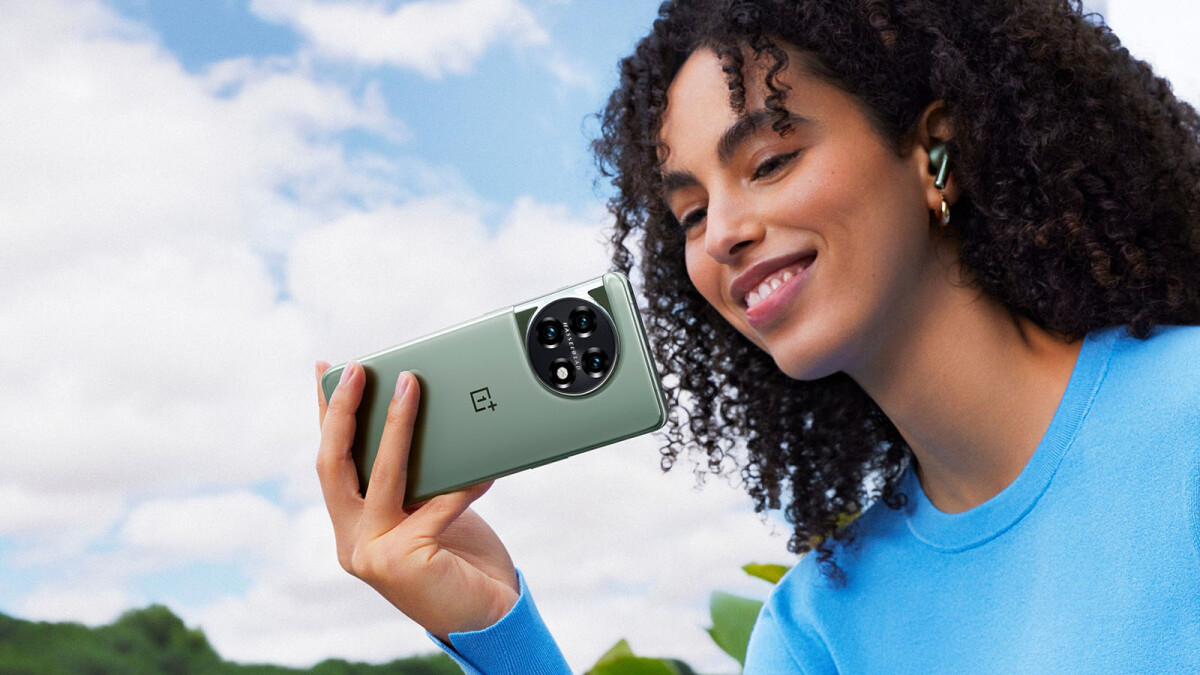 This story is developing, we will be adding more information as we get it…

The first phone with the latest Qualcomm Snapdragon 8 Gen 2 chipset for the year is out and it is none other than a handset in the OnePlus 11 series. The phone has already been previewed in various leaks and it is now getting announced in China, just in time before the local New Year celebrations, then will appear for the rest of the world a few weeks later.

The phone’s announcement is ongoing as we speak and it confirms the numerous leaks detailing its specs and outer appearance already. Chief among the design changes is the new approach to the camera island that is round and slightly off-kilter, with the lenses and sensors nestled in the elevated circle.

OnePlus says that this design is “black hole-inspired,” and it certainly looks that way. The phone would come in green and black colors, as usual, with different finishes.

The OnePlus 11 sports a 6.7″ curved OLED screen of the latest LTPO 3.0 variety, with a QHD+ resolution of 1440 x 3216 pixels, and very high peak brightness levels, as well as a granular dynamic refresh rate of 1Hz-120Hz and individual per- unit display calibration straight out of the factory.

OnePlus has worked directly with Samsung so that the “2.75D” flexible panel makes the 11 its first phone to support Dolby Vision, “bringing incredible brightness, contrast, detail and color.”

The new design with the round island on the back looks pretty svelte, but, as usual, it might be the rest of the handset that will impress, rather than the camera specs. First off, the phone lands with the latest Snapdragon 8 Gen 2 processor, albeit clocked at a lower speed than what the Galaxy S23 series will be powered with.

The Hasselblad branding that is seen on the round camera island is because the storied camera company has lent its image processing and filter chops to the computational algorithms that utilize the main camera with a 50MP Sony IMX890 sensor. A 48 MP ultrawide shooter, as well as a 32 MP 2x telephoto camera round up a decent photography set that we can’t wait to put through its paces when we get our grubby mitts on the phone a few days from now.

OnePlus is keen to emphasize that the 11 series carriers a unique feature for haptics feedback. According to the specs sheet, the phone is the only Android handset with a vibration motor that offers volume larger than 600mm³, making it the biggest six-axis motor on an Android phone. It can mimic movements in two directions at once, which will come in handy while gaming. “The first full-phase magnetic circuit technology can realize two vibrations at the same time, such as driving while attacking in the game,” says OnePlus.

The OnePlus 11 carriesthe world’s first super frame super picture engine, achieving a breakthrough in game frame rate and picture quality.” This has been done in partnership with the creators of the Unity game engine to adjust and optimize the underlying code of the games, as well as with its traditional partner from PixelWorks which supplied them with a uniqueprofessional-quality rendering chip to complete game-specific calculations with low power consumption.” These make OnePlus 11 the first to achieve full 120 frames while gaming, and its buyers will be able to enjoy the experience “in more than 100 mainstream games.”

At its home turf, OnePlus will release the 11 series with the latest ColorOS 13 overlay on top of Android 13 and interface fluidity certification from a German body that promises at least 48 months without lag, freezing, or weak connections while gaming, thanks to the company’s optimizations.

In China, the phone can be preordered in a special Wandering Earth 2 edition celebrating the release of the local blockbuster sequel. While the $700 pricing for the top 16GB/512GB model may change when the OnePlus 11 arrives stateside, arguably next month, we can reasonably expect a sub-$900 price tag on T-Mobile, which traditionally carries the new OnePlus phones, as well as on its website, plus various preorder deals and bonuses to look forward to.

After all, the dual-brand approach set after the merger of Oppo and OnePlus will see many millions of resources poured into the company in the next three years, while the OnePlus phones may be sold at cost in order to create a really compelling value- for-money impression in the eyes of the consumer.